What Is A Hypothesis?

According to the concept, the theory is the inference that is made based on current facts. To be expanded, it is a statement that converts the original study query into a rational prediction based on the facts and evidence available. To solve a particular problem, one must first define the research problem (research question), perform initial research, and set out to address the question by conducting experiments and observing their effects. However, before they can switch to the experimental aspect of the study, they can first define what they hope to see with the findings. At this point, a scientist takes an informed assumption and writes the theory that he or she can confirm or refute in the course of their studies.

The hypothesis can also be used as a type of information creation. It is a well-founded assumption put forward to explain the properties and causes of the phenomenon being investigated.

As a consequence, the theory is based on a variety of findings and examples that support it. This way, it seems logical when it is backed up by any proven facts. Subsequently, the hypothesis is proven by translating it into an existing truth or by refuting it for example, by pointing out a counter-example), which causes it to be attributed to the category of false claims.

Characteristics  Of A Hypothesis

Now as you know what the theory is, let’s look at the main characteristics that characterize it:

There are essentially two primary forms of scientific hypothesis: alternate and null.

A declaration outlining the course of the planned outcomes. This form of hypothesis is often used to research the interaction between variables rather than to compare them between classes.

Unlike the directional alternative hypothesis, a non-directional one does not imply a specific direction of the expected outcomes.

Now, let’s see the examples of an alternative hypothesis for each type:

This form of hypothesis is commonly referred to as H0. This argument is the full opposite of what you anticipate or predict will occur in your study—meaning it is the contrary of your alternate theory. Simply stated, the null hypothesis holds that there is no exact or real association between the variables identified in the hypothesis.
To give you a clearer understanding of how to write a null hypothesis, here’s a simple example:
Lecture participation has little impact on student test results.
All of these forms of hypotheses include clear clarifications and refocus on the study issue. The key distinction between these theories and the analysis dilemma being that the latter is only a question that cannot be checked, while the hypotheses can be tested.
Based on the alternate and null hypothesis explanations given earlier, it can be inferred that the importance and key objective of these hypotheses are to provide a rough summary of the subject matter. The key aim of these claims is to give the investigator a clear premise that can be explicitly evaluated in a report. Simply placed, the theory defines the framework, scope, and course of the analysis. While alternative hypothesis hypotheses are the key forms, there are a few more to bear in mind:

Research Hypothesis — A statement used to assess the association of two or more variables.

Simple Hypothesis —The term used to denote the association between an independent variable and predictor variables.

Complex Hypothesis — The statement used to denote the relationship between two or more variables and two or more dependent variables.

When we talk of theories, another word that comes to mind is prediction. These two words are sometimes used interchangeably, which can be quite confusing. While both the theory and the forecast can usually be described as “guests” and can be easily misunderstood, these words are distinct. The key distinction between the theory and the forecast is that the latter is mainly used in research, while the second is most commonly used in science.
Simply put, the theory is a smart guess. It is a conjecture made on the existence of unexplained (or less known phenomenon based on current knowledge, tests, and/or sequence of experiments, and is otherwise based on valid evidence.

The main goal of the theory is to use the evidence available to establish a rational relationship between variables to offer a more reliable scientific interpretation. Also, theories are arguments that can be checked with further studies. This is the presumption that you make about the flow and results of your analysis report.

Prediction, on the opposite, is a conjecture that always needs grounding. Although technically, prediction can be empirical, it is in most situations, very fictional—i.e. A pure guess that isn’t based on existing information and/or evidence. As a rule, forecasts are related to forecasts of events that could or may not exist in the future. Sometimes, a person who makes forecasts has little to no actual understanding of the subject matter about which he or she makes conclusions.

Another major distinction in both terms is the methods used to prove each of them. Prediction can only be confirmed once. You may decide whether this is accurate or incorrect only if the event is expected to occur or not. On the other hand, the theory provides space for further research and exploration. In comparison, a multiple-stage theory can be confirmed. This simply means that a particular theory can be confirmed or debunked several times by various scientists who use different research instruments and methods.

To give you a clearer understanding of how a theory varies from a forecast, let’s refer to the following examples:

Hypothesis: If I eat more vegetables and fruit, I lose weight more easily.

This is a hypothesis since it is based on commonly accessible evidence (i.e. fruits and vegetables have fewer calories than other foods) and previous experiences (i.e. people who give preference to healthier foods like fruits and vegetables are losing weight easier). It’s always a guess, but it’s based on evidence and can be checked in an experiment.

Prediction: The destruction of the planet will take place in 2023.

This is a forecast and it forecasts possible events. However, this inference is fictional, since it does not have any real grounded proof backed by the facts.

Based on all of the above and our illustrations, we may illustrate the following main findings:

A theory, unlike a prediction, is a more logical, facts-based inference.

Hypotheses describe and evaluate the relationship(s) between the current variables.

Predictions are most commonly fictitious and lack context.

Prediction is most commonly used to forecast future occurrences.

Prediction can only be confirmed once – whether an expected occurrence happens or does not occur.

A hypothesis can remain a hypothesis even though it has already been confirmed or disproved by one researcher. Other scientists will achieve a particular finding in the future using other approaches and tools.

How to Write a Hypothesis

Now when you know what the hypothesis is what forms of it exist, and how it varies from the forecast, you’re still curious how to state the hypothesis. In this segment, we will lead you through the key stages of writing a successful hypothesis and offer helpful tips and illustrations to help you conquer this challenge:

Here’s one thing to remember – no matter what article or idea you’re working on the method should always begin by posing the correct research question. The perfect research topic should be precise, straightforward, centered (not too broad), and realistic.

Example: How does consuming fruit and vegetables impact human health?

As you now know, the prediction is an educated interpretation of the predicted outcomes and results of the inquiry. It is therefore vital to collect some information until you can make this presumption.

You can find an answer to your research query at this point depending on what has already been learned. Searching for evidence, past research, myths, etc. Based on the knowledge you have gathered, you should be able to make a rational and informed guess.

Based on your initial analysis, you may have an understanding of what you could discover in the process of your research. Use this information to give form to a straightforward and succinct theory.

Depending on the type of project you are working on and the type of theory you are intending to use, you should reassess your hypothesis in a variety of different ways:

Directional: Consuming fruit and vegetables can have a positive impact on one’s overall health.

Finally, the last step of making a successful theory is to optimize what you’ve got. In this stage, you have to define whether your hypothesis is as follows:

Have clear and accurate variables;

Recognizes the correlation between different variables;

It is precise and testable;

Suggests the expected results of the inquiry or experiment.

Following this article’s step-by-step guidance and advice, you should be able to build successful theories with ease. To give you a starting point, we have also assembled a list of various testing problems with one explanation and one null hypothesis for each:

Why does stress impact the academic success of graduate students?

How does the enhanced work-life balance impact the efficiency of workers at work?

How does the extensive use of social media affect the interest of users under 16 years of age?

What does the brain influence playing video games?

Why is it necessary to incorporate mental health education in school programs?

There is a negative dependency between the level and use of social media and the attention of consumers under 16 years old.

Video games may have a detrimental effect on the brain, perception, and memory of an individual.

Increased knowledge of mental wellbeing in schools can contribute to a greater understanding of mental health problems and effective ways of combating them for teachers and students.

Rising stress levels among undergraduate students would have little impact on academic success.

There is no connection between work-life harmony and success at work.

There is no connection between social media usage and the interest paid to users under 16 years of age.

Playing video games should not affect the brain of an individual.

The implementation of mental health education in schools would have little effect on pupils.

How To Write Introduction To An Essay?, Tips & Guidelines

Writing An Assignment The Easy Way Step By Step Guide

How To Instantly Improve Your Essay Writing Skills? 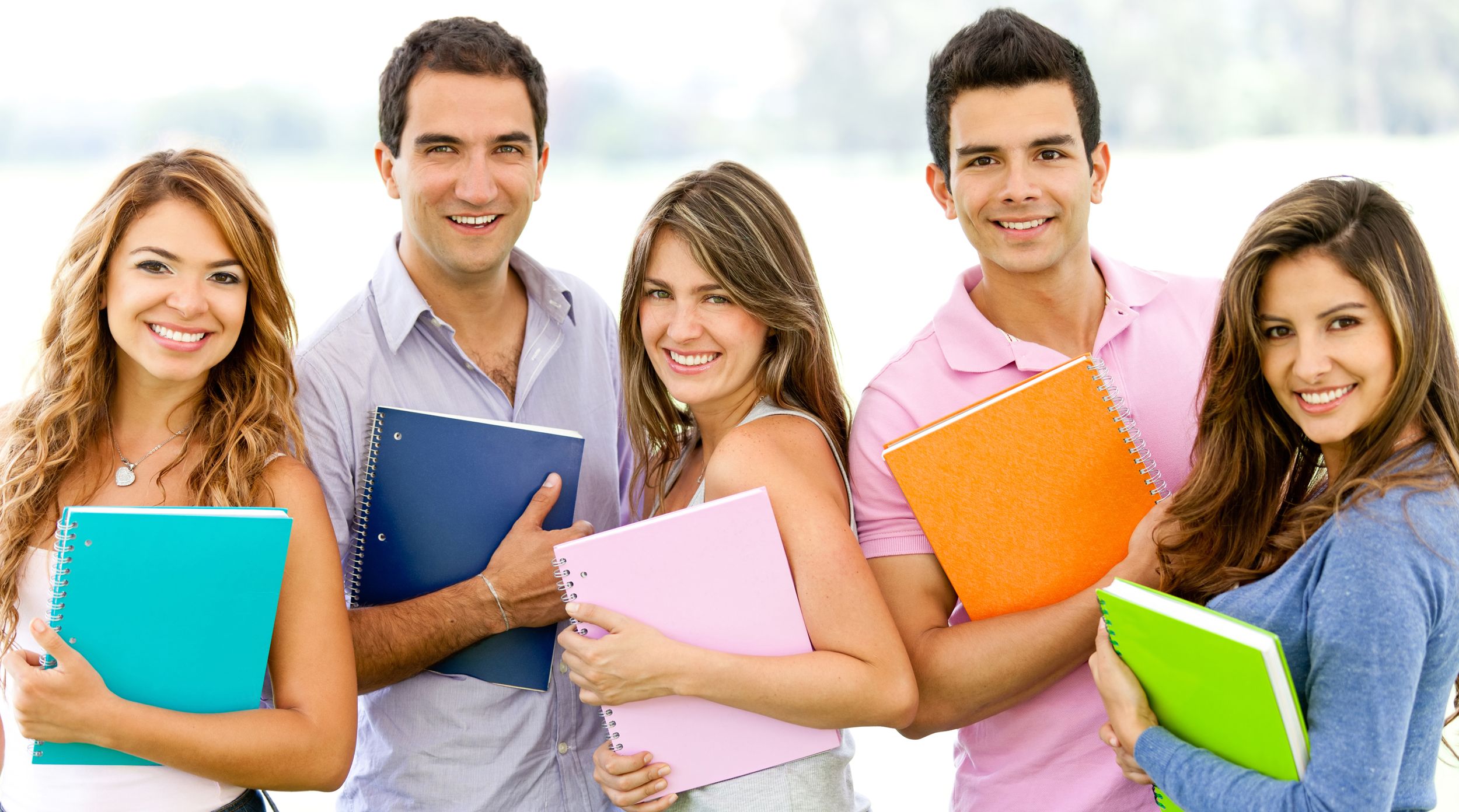 6 Qualities Your Assignment Writing Should Have

We believe strongly that we can and must do things differently.
Our aim is to bring you news, perspectives.